Sorry I’ve been AWOL.  I’ve been busy with some all-consuming things like moving, and renovating my old home, getting situated into a new one as well as getting office space.

But that doesn’t mean I haven’t forgotten about all of you.  My books will continue to be released, but the dates for the releases have changed.

The Protege is having an Early Release!  March 25!!!

This is an Adult Contemporary book for 18+ and up and contains sexual scenes.

To celebrate the early release of The Protege and also to give you a taste of one of the characters – Sebastian Sorensen, I have written a short flash fiction called Seducing Sebastian Sorensen for Kelli Maine’s Dolls & Doms (18+ and over) site about Sebastian, which took place a year before The Protege takes place.

Here’s the story, and you must be 18 and up to enter the site and read the story.

She was the young promising composer in search of a master to teach her and advise her. Serena Singleton was the beautiful up and coming talent brought to the attention of the eccentric, famous, and wildly wealthy Sebastian Sorenson, one of the foremost and most talented composers in Hollywood and in the Academics field. A chance encounter brings them into an arrangement that turns out beyond their expectations and desire, testing their boundaries.  Who is the student, the protege, and who is the teacher? Nothing is as it seems in this romantic exotic thriller. 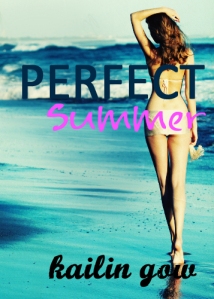 Two hot brothers, one steady and secured, groomed to take over their family’s billion dollar enterprise. The other, a rising football star whose body is well-known to women of all ages in print and in person. Both in love with the same woman, whom they can’t have – Summer Jones, their sister’s best friend since childhood, and the girl they promised to protect.

She’s never been so lost in her life, following the tragedy that rocked her steady and secured life. Always the perfect girl, the good girl who does everything to take care of everyone else, she’s now the one who’s fallen too far. Not Drew, not Nat, and not even Rachel. She knows she has to choose and make a decision. She knows she has to do the right thing, but as she decides with her mind, her heart rebels. Her desire for both Donovan brothers has grown insatiable and an addiction so much so that lines are blurred and nothing is clear. Just when everything seems bleak and hopeless, comes a revelation so deep, that what seems far from perfect becomes perfect in what turns out to be the Donovan’s most perfect summer.