Winners from recent and past contests shared their photos with fans on the Facebook Book Series pages all the time.  Here are a few: 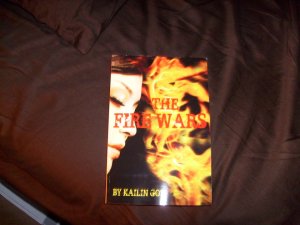 Travis won the Fire Wars from a contest from The Bookshelf